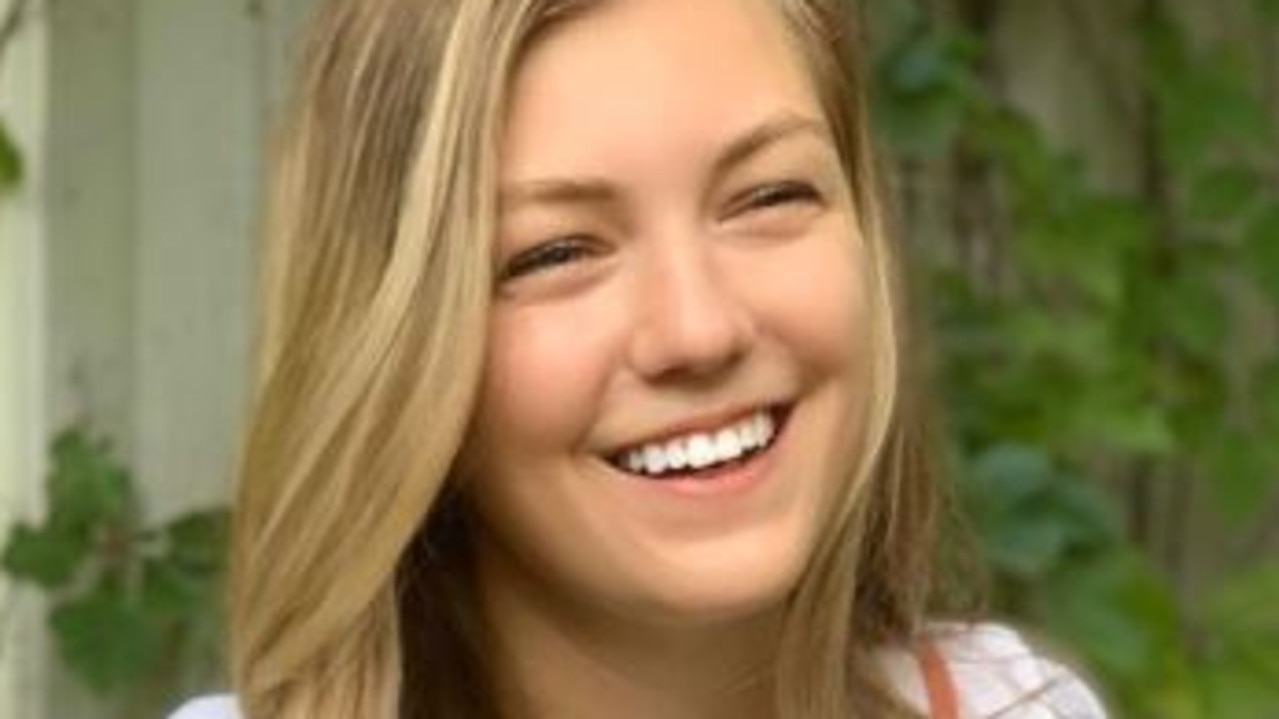 Days after the body of Gabby Petito was found near a campground in Wyoming, an autopsy has ruled the 22-year-old was tragically murdered.

An autopsy has revealed Gabby Petito was likely murdered, days after the 22-year-old’s body was found in Wyoming’s Bridger-Teton National Forest.

Authorities initially didn’t confirm if the body found in remote camping area was Ms Petito, but said the remains were “consistent” with a description of the young blogger and would confirm the identity after an autopsy was completed.

Teton County Coroner Dr Brent Blue today said the initial autopsy was finished, confirming the remains found were of Ms Petito and her manner of death was likely homicide.

The FBI said it “remained dedicated to ensuring anyone responsible for or complicit in Ms Petito’s death is held accountable for their actions”.

“Anyone with information concerning Mr. Laundrie‘s role in this matter or his current whereabouts should contact the FBI,” Special Agent in Charge Michael Schneider said.

A final autopsy remains pending and will determine Ms Petito’s cause of death.

“We will be making a statement when Gabby is home,” he added.

Prior to the announcement of Ms Petito’s initial autopsy results, Florida police said for the first time that the Petito case was now officially a “criminal investigation.”

The search for Ms Petito began in the national forest where she was found on Saturday, after she visited the area on August 27. Her family reported her missing on September 11.

Ms Petito’s 23-year-old fiance, Brian Laundrie, returned to the couple’s home in Florida on September 1, but after refusing to assist police with inquiries into Petito’s whereabouts, he also disappeared on September 14.

Mr Laundrie’s family claim he was going for a hike at nearby Carlton Reserve last week, but failed to return. Steven Bertolino, the Laundrie family’s lawyer, told ABC7 that the family went looking for their son on Wednesday and, despite not finding him, spotted the Ford Mustang he was driving with a police note on it.

Mr Bertolino added that the note simply said the car needed to be removed from the area.

Mr Laundrie’s family left the car on Wednesday “so he could drive it back,” Mr Bertolino told ABC7.

When Mr Laundrie didn’t return home on Thursday, the family went back to the reserve to get the car. On Friday, the family filed a missing person’s report for Mr Laundrie sparking another mass search at the same time authorities were looking for his fiancee in Wyoming.

To date, Mr Laundrie has not been found with local police admitting they have “exhausted all avenues” in searching the 10,000-hectare Carlton Reserve.

Authorities called off the search for Laundrie in Carlton Reserve on September 19, with FBI and police shifting their focus on Laundrie’s parents’ home — where the 23-year-old also lived — over an eight-hour period.

Overnight, following the announcement of Ms Petito’s autopsy results, North Port Police confirmed the FBI has now taken over the criminal investigation and the search will resume for Laundrie in Carlton Reserve.

Authorities warn the search is in an “unforgiving location” where crews are “wading through gator- and snake-infested swamps and flooded hiking” trails.

Their first stop was on the July 4 weekend at Monument Rocks in west Kansas, where they both posted images on social media.

In the second week of that month, the pair reached Colorado where they first made a visit to Colorado Springs and then on to Great Sand Dunes National Park and Preserve.

“Turning this Ford Transit essentially into a camper was such an adventure in itself, but I couldn’t love the way it turned out more! All the places it’s brought us so far have been amazing! As soon as we got to the Great Sand Dunes I didn’t want to leave, there was so much to hike!” Ms Petito wrote on July 11.

“I’m so grateful we got such an awesome spot to spend the night and surf the dunes! And the night sky here was insane! Never seen so many stars!”

According to Ms Petito’s Instagram account, the pair moved on for a “few nights” camping within Zion National Park in Utah, before posting an image relaxing at the Mystic Hot Springs in the same state on July 26.

Things took a turn for the pair in mid-August, when police responded to an “incident” involving Ms Petito and Mr Laundrie.

A 911 call was made by a man who claims he saw a man “slapping” a woman outside Arches National Park. The caller told emergency dispatchers that he had encountered a man and woman in Moab, Utah on August 12 engaged in a “domestic dispute,” according to audio obtained from the Grand County Sheriff’s Office.

“We drove by and the gentleman was slapping the girl,” the caller said.

The dispatcher responded, “He was slapping her?”

“Yes, and then we stopped. They ran up and down the sidewalk, he proceeded to hit her, hopped in the car and they drove off,” the man replied.

The disturbing audio, however, was contradicted in a police report in which Ms Petito was depicted as the aggressor.

Bodycam video showed Ms Petito in tears, saying the couple had been fighting. Mr Laundrie claimed she’d hit him with her phone and grabbed the van’s steering wheel to make him pull over as police followed them. Investigators said neither Ms Petito nor Mr Laundrie filed charges.

Just a week later, the couple uploaded an eight-minute video of their travels to date – showing a number of highlights from their cross-country road trip.

The video shows the pair laughing together, enjoying beach walks and several video tours of their tent set-up.

On August 25, Ms Petito posted her last Instagram photo, which appears to be from Utah. Her mother, Nicole Schmidt, said her daughter called her from Grand Teton National Park that day. It would be the young woman’s last call to her family.

Two days later on August 27, Ms Petito reportedly told a friend on Snapchat she was headed to Yellowstone National Park. On August 30, Ms Schmidt said she received a text from her daughter that read, “No signal in Yosemite.”

The mother later told Fox News she did not believe the text was from her daughter.

According to a hardrive belonging to Ms Petito, which was obtained by police during a search of her van on September 14, she sent an “odd” text on September 6 to her mum.

A Florida court granted permission for investigators to access a hard drive that was recovered, only after Ms Petito’s body was reportedly found.

The text of the message Ms Petito’s mother received from her daughter’s phone simply read: “Can you help Stan, I just keep getting his voicemails and missed calls.”

Ms Schmidt said “Stan” was meant to refer to Ms Petito’s grandfather, but since he rarely goes by that name, she found the text “odd”.

On September 1, police said Mr Laundrie returned in the van to North Port, Florida, where the couple had been living with his parents. Ten days later, Ms Schmidt reported her daughter missing to the Suffolk County Police Department in New York after not being able to get in touch with her.