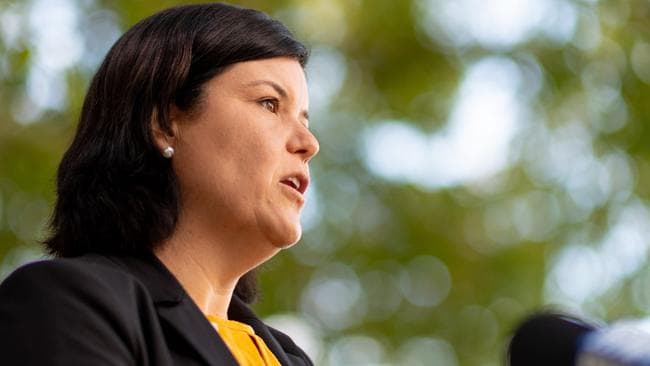 A man in his 60s, who recently arrived in Darwin from Victoria, has returned a weak-positive result for COVID-19.

The man was quarantining in the Howard Springs facility but has since been taken to Royal Darwin Hospital where he remains in isolation.

However, Health Minister Natasha Fyles said on Monday the weak test was of very low risk to the community.

“This gentleman had previously had COVID-19 in Victoria,” she said.

“He was not displaying symptoms of COVID and this test result picked up that low level which is residual from the previous virus.”

The man arrived into the Territory via Brisbane on Saturday evening on JQ flight 674 and he and a few other people from that flight all wore appropriate PPE and were immediately taken to the COVID-19 hotel, according to Ms Fyles.

She said the Territory’s total number of COVID-19 case still remained at 34 because the man technically did not have the virus.

“Every now and then we get cases where they have been positive in the past and where fragments of the virus remain and they’re detected as a weak positive,” he said,

“What that means is it took a number of cycles to replicate for it to turn positive. We’ve seen this around the country.

“Together with his history, which we know he was positive in the past and had been cleared, it’s highly unlikely to be a contagious or infectious case. However, we have treated it as if he is positive.”

The most recent positive infections were recorded on July 31 and August 1 where a man arrived into Darwin from Melbourne and found out he had the virus just before he arrived.

He sat in a different area of the plane to other passengers and already planned to quarantine for 14 days.

His partner tested positive the following day but have both recovered since.

The NT borders are currently open all other Australian jurisdictions, except for Victoria.

Earlier this month, Chief Minister Michael Gunner announced the Territory would completely open its borders to NSW, allowing Sydney residents to enter without 14-days of mandatory quarantine from October 9.

Queensland is just rubbing it in now